I would like to say that I was blindfolded and dragged, handcuffed, to the opening of Fifty Shades of Grey by my woman friend. But that would be wrong.

Upon entering the suburban theatre for the afternoon show, my friend’s estimation of the film’s appeal was bang on. The theatre was packed with about a hundred excited women of all ages. Some clutched their well-read copies of the book. A few sheepish men were also in attendance. (I told you my woman friend was whip smart.)

Overall, the film itself was enjoyable and will do well in both domestic and foreign box offices, but it had serious flaws. Flaws I would like to nail down.

But first: the positives.

I feel I must warn you: before you see this flick, you will have to suspend your disbelief … from the highest tree.

Long-haired, smart, and great-looking Ana, is a twenty-two-year-old college senior and virgin? Not very likely, in my opinion. Putting that aside, Johnson as Ana is very believable as an independent, strong-willed woman who attracts the billionaire Grey yet retains her strong sense of self.

I don’t want to give away the best parts of the film (or of Johnson’s anatomy), but Christian’s first deflowering of Ana had its moments. Christian, with an ice cube in his mouth, running it slowly down a blindfolded, supine, and tied-up Ana’s bare chest to her navel was pretty hot.

On one level, Jamie Dornan—the Armani underwear model/actor—was adequate as the handsome, wealthy, smart, articulate, but emotionally distant twenty-seven-year-old billionaire Christian Steele. What woman wouldn’t be attracted to a billionaire who owns his own company? With his name emblazoned on his own skyscraper and a sumptuous office with tons of models running around as his assistants, not to mention a massive penthouse suite that overlooks the Seattle skyline and owning his own helicopter and a fleet of sports cars, what’s not to like?

Even the standoffish and independent Elizabeth Bennett was attracted to Mr. Darcy’s palatial country estate.

But as my woman friend astutely observed, Dornan was miscast. He is too pretty, too GQ. The role of Christian Steele called for a powerful, dominant, and potentially dangerous man who was clearly older than Ana. At times throughout the film, Ana and Christian reminded me of a Radcliffe senior and her Harvard B School beau bickering over a latte in Harvard Square.

Some of the most important scenes take place in Christian’s playroom, the Red Room of pleasure and pain. It is a very large and brightly lit sterile room, chock full of whips, belts, chains, handcuffs, benches, tables, and steel hanging apparatus. A potpourri of bondage tchotchkes or knick knacks. Upon entering this room of horrors, Ana, a bit scared and curious, breathes deeply. Frankly, to me, this was as about as scary as the weight room at my local gym. And not as intimidating. This pleasure/pain palace should have been darker, smaller, creepier, and dirtier—both physically and psychologically.

The penultimate scene is when Ana, frustrated by Christian’s emotional distance, pushes him to show his real dark side, to punish her. Christian then orders Ana to lie face down on a bench as he whips her six times, apparently on the buttocks though the actual flogging on the bare flesh is unseen. Ana counts out loud each blow and cries out in pain.

The problem with this scene, as with most of the film, is that the film fails on its own terms.

This scene is supposed to be disturbing and brutal, but it is neither. Christian, as portrayed by Dornan, is a wuss. His forehand and backhand flogging is weak and limp-wristed. My forehand smash in ping pong is more powerful.

Here is where the director and Dornan as an actor fail miserably. As Christina is whipping Ana, his face is emotionless. Is he turned on? Is he expressing some inner darkness based upon his unhappy childhood? Or is he ashamed at what he is doing? What are his demons, if any? Christian has a need to punish and beat Ana, but why?

So many questions. But there are no answers. And the film literally peters out and ends limply after that scene.

My woman friend advised me that one of the high points of the book is the self-revelation by Ana that though she has submitted to Christian’s will, she ultimately realizes, paradoxically, that she is in control of the situation and of Christian.

There are hints of this interplay of dominance and submission through the back and forth between the characters, but there is no cathartic revelation for either party. Which is too bad for all concerned—the actors and the audience.

Ironically, by the director and actors in Fifty Shades pulling their punches (on the floggings, bondage, and disturbing and dangerous behavior), they made the film more mainstream, more palatable, and probably more massively popular. But definitely less memorable and noteworthy.

I doubt, thirty years from now, we will remember this film as we remember the more memorable and better crafted 9 ½ Weeks … or one of the most disturbing bondage and sadism films in history,  The Story of O (1975). 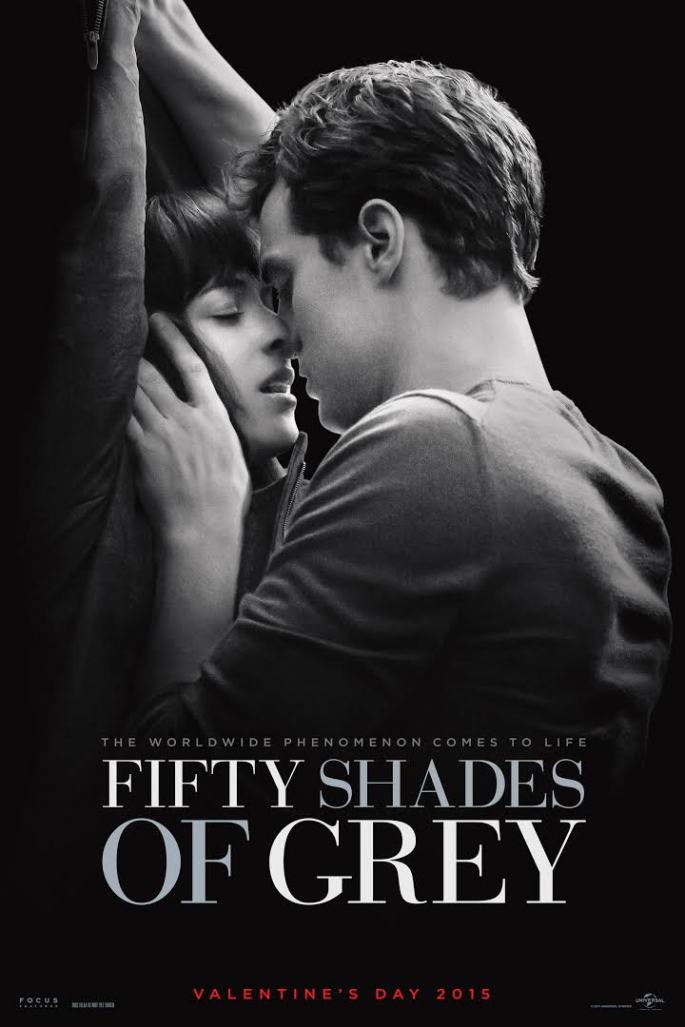