This past week I dropped into the terrific Italian bistro in Little Italy, Frank’s Kitchen.

This is like a second home to me. The food is masterful. Part French Bistro, with Italian flair. The service- warm, attentive and informed. Frank Parhizgar, the co-owner/chef, performs his magic in the open kitchen in the back of this elegantly-appointed place. His lovely wife also co-owner, Shawn Cooper, runs the front of the house. With aplomb and silky smooth efficiency.

But who should be there sitting in a booth with his beautiful wife, Dara, but is Gilbert Gotfried! The iconic screeching voice of the parrot Iago, in the Disney film, “Aladdin”and the voice of the duck in the Aflac commercials. Gilbert was in town to host a show at Massey Hall. He was with family and friends at Franks.

To me Gilbert was very soft-spoken and modest. His work has always been edgy, outrageously funny and oftentimes very politically incorrect. That’s why I love this guy. He is not afraid to burn bridges and relationships for his comic art.

Gilbert and his wife had heard about Frank’s Kitchen from friends in L.A.. They were told that Frank’s is very well known for its uniquely plated fish dishes and its pasta is out of this world. They told me that the experience at

And Gilbert is not afraid to “tell as it is”, with his uniquely screeching and annoying, but very funny voice. 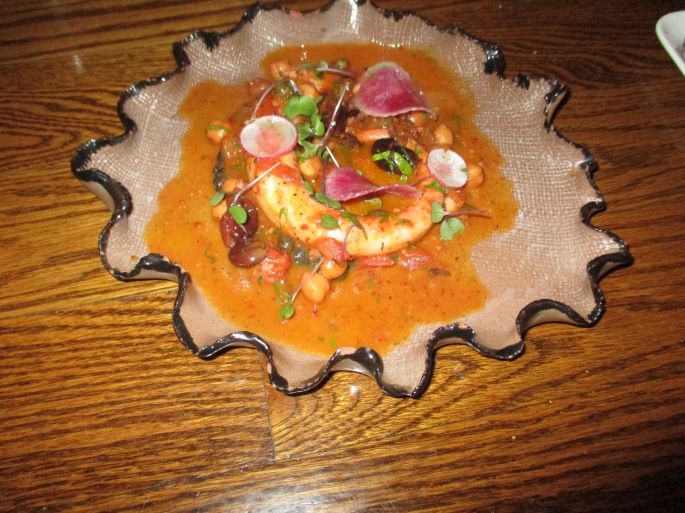 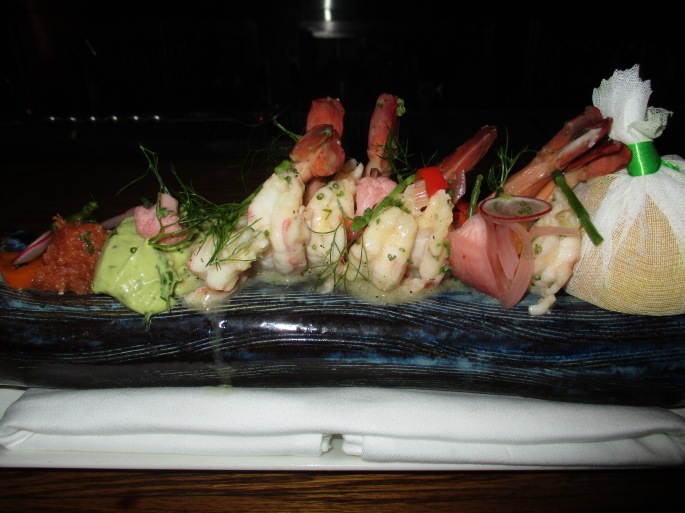