About seven months ago, Daniel (we are on a “connus juste par un prenon” basis) reopened his eponymous French bistro for us local epicureans.

This modern French brasserie was conceived by the designer du jour, Swedish-born and London-based Martin Brudnizki. Café Boulud contains many of the same signature flourishes that are on display in Brudnizki’s other killer London restaurants, namely Annabel’s, Le Caprice, Dean Street Townhouse, Hix and of course, The Ivy. 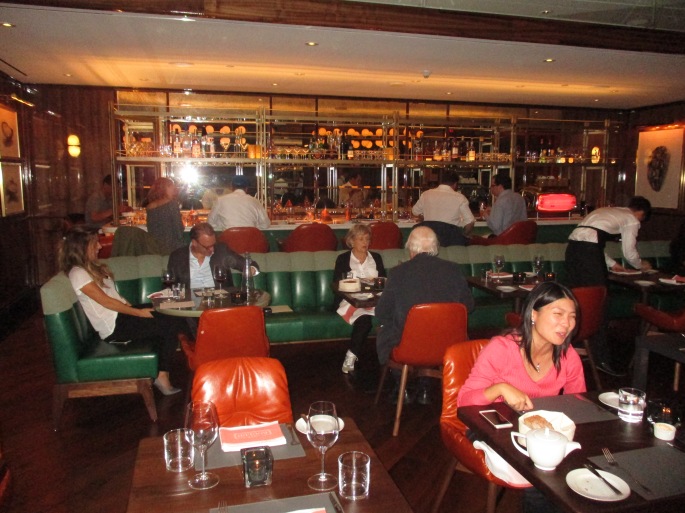 Unique sensual and surprising artwork compliments and sets the scene. A drop dead gorgeous photo of the lovely Grace Kelly on one wall. A whimsical photo of a smiling Einstein on another wall. Fun and sexy and oh-so-smooth.

The service is warm and friendly, reflecting the very comfortable ambience.

At the entrance I was greeted not by just one captivating hostess, but by a team of three lovely women. My favourite, of course, is the lovely Wintana, who adroitly showed me to my table and in one seamless action, checked my trusty laptop, briefcase and my sturdy Burberry coat. (It was now the cool beginning of spring in the “6”, yo.) 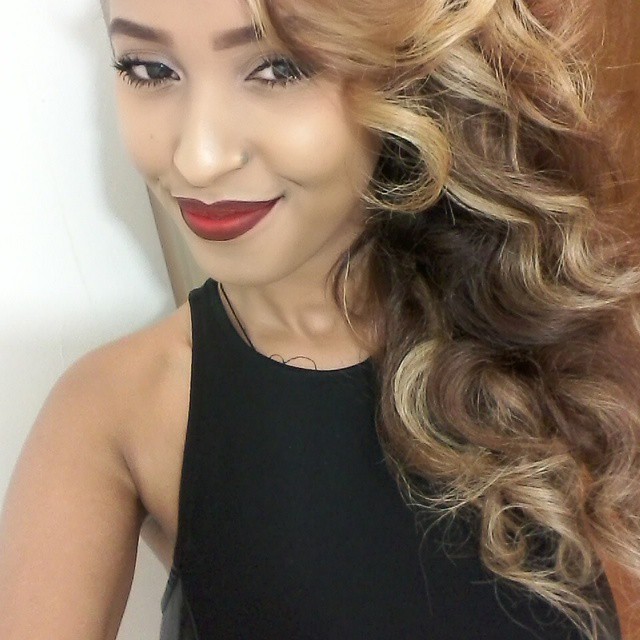 I am not the easiest of customers – I called in advance on short notice. And though the place was packed, the hostesses found me a lovely banquette for the Bleu plat special at 6pm. One friend was joining me at 6:30pm and another friend was joining us at 8:30pm. So we were graciously accommodated with an intimate banquette pour trois.

Then a team of waiters was at my beck and call.

Diet Coke with a chaser of sparkling water magically appeared.

The atmosphere was definitely electric and the dinner crowd was eclectic.

A few tables to my left was a striking blonde woman, a Kate Hudson-lookalike with an infectious laugh, and her attentive beau.

Next to me was a very youthful married couple, Paul and Candy, about to celebrate their 50th wedding anniversary.

And the food: sublime.

I also had the Kale Grille and Romaine salade. It was marvellously presented – a tiny perfect mound of grilled kale, romaine, carrots, cumin, black olives, golden raisins and infused with spiced yogurt dressing. The secret was the beautifully grilled part and the spicy yogurt.

I eat a ton of kale on a weekly basis. Practically every day. Kale is normally rough. Not that tasteful. But this grilled kale with the spicy yogurt dressing and other ingredients was so delicious that I almost forgot that it was healthy for me. 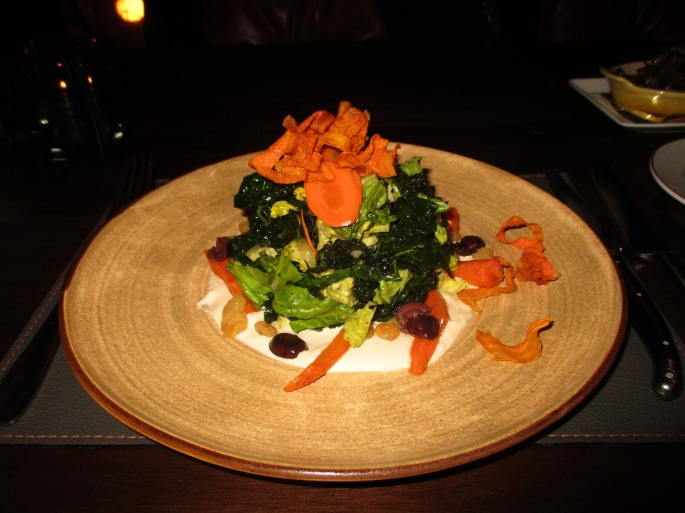 My friend is a connoisseur of steak tartare. She had Café Boulud’s Parisian steak tartare – prime Angus beef, surrounded by crisp Romaine lettuce and drenched in pickled condiments and a light mustard egg dressing. This dish was elaborately prepared in front of us! My friend opined that this was the best steak tartare she had in Toronto in a very long time.

Our neighbours in the next table, the very youthful and fun couple, in their 70s, permitted me to photograph and taste their Quenelle de Brochet, a Lyon-style northern pike quenelle swimming in a heavenly Cognac lobster sauce.

Daniel, our chef, hails from the Lyon region of France. Pike quenelle or fish mousse dumpling, is a French culinary classic. Our very well-informed server explained that such a way of cooking and presentation was the traditional way around of removing the pike’s numerous primary and secondary bones. I did not know that.

Candy, my neighbour was totally taken by the quenelle. Its texture, its flavour and Cognac lobster sauce.

She found the dish intoxicating and surprisingly aphrodisiac.

I joked with Paul, her husband, that they were such a happy couple. It was as if they were on their fifth date, with romance very much in the air. I suggested to Paul that tonight he might get lucky.

Fortunately, Paul and Candy were good sports and laughed at my fish mousse-inspired musings.

Then quite unexpectedly, two more friends showed up for dinner. Unfortunately our table was for two and not for four. I told you that I was not a low-maintenance, undemanding customer.

Fortunately, the staff was extremely attentive to our plight and deftly moved, we party of four, to a lovely corner banquette.

The steaks did not disappoint. They were great. And the golden, crispy, European style, frites, were irresistible.

The evening was topped off with the head bartender, Shannon, providing his signature drinks.

Shannon has an apparent “Masters in Mixology”. He also has a very professional deft touch. With both liquor and the Café’s thirsty patrons at his long marble bar.

He is a master of the Mai Tai. And a smash with his watermelon smash. The former – a unique blend of dark rum, orgeat, lime, bitters and mint. The latter – an oh-so-smooth grapefruit soaked vodka, with basil, watermelon and soda.

But then Shannon, saved the best for last. His “Led Zeppelin” really rocked the house: tequila, amaro nonino, aperol and a dash of lime. My friend said that this drink, as in Zeppelin’s classic “Stairway Way to Heaven” starts slow, builds and then hits you with a wild hard rock finish.

Boulud’s vision is for his restaurant to serve a seasonally changing menu rooted in French tradition, highlighting both bistro classics and contemporary dishes inspired by his own family meals in Lyon.

To date, the team at Café Boulud have far exceeded expectations. The full house every night is evidence that atmosphere, service and food are resonating with many of us hungry travellers.